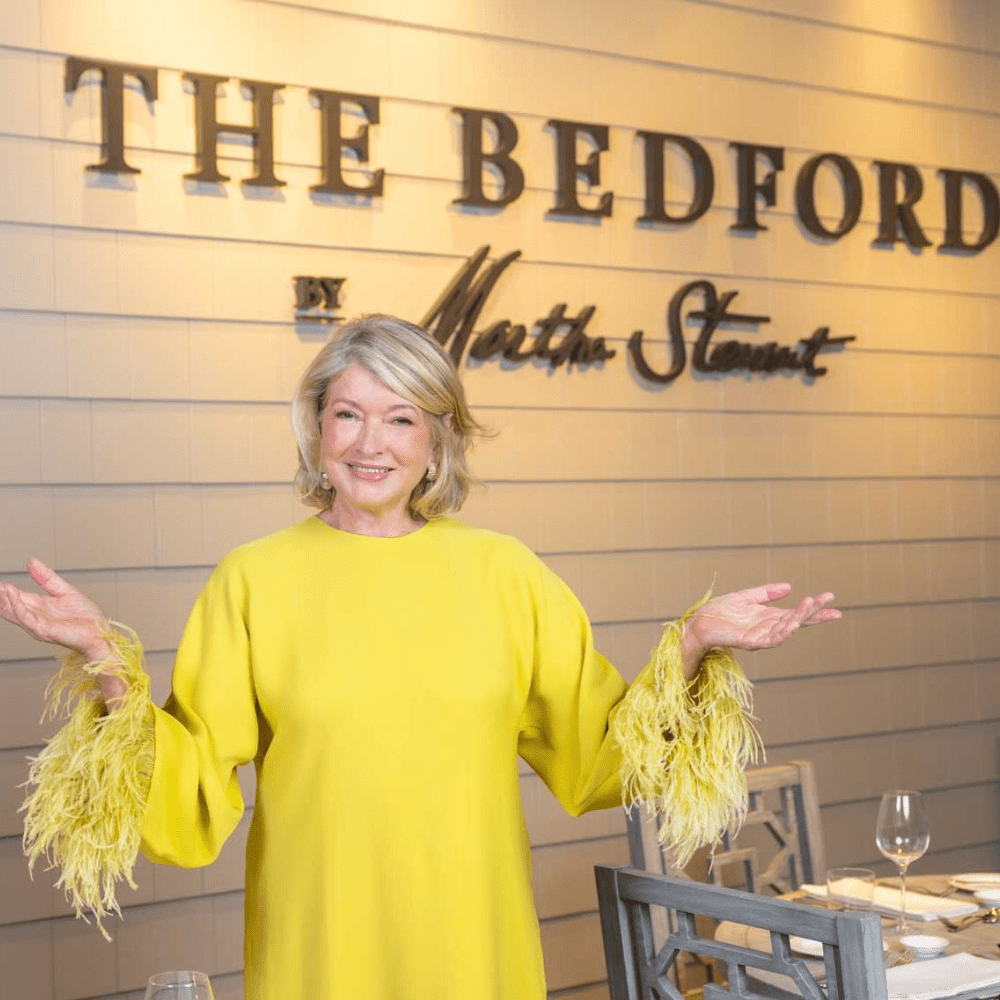 You name it and she’s done it! It’s none other than the famous Martha Stewart, a magazine publisher, writer, businesswoman, and TV star. She rose to success as an author of many books for cooking lovers and later spread her wings in the business world. Now, she owns many successful ventures, and another on that list is her new restaurant, The Bedford. 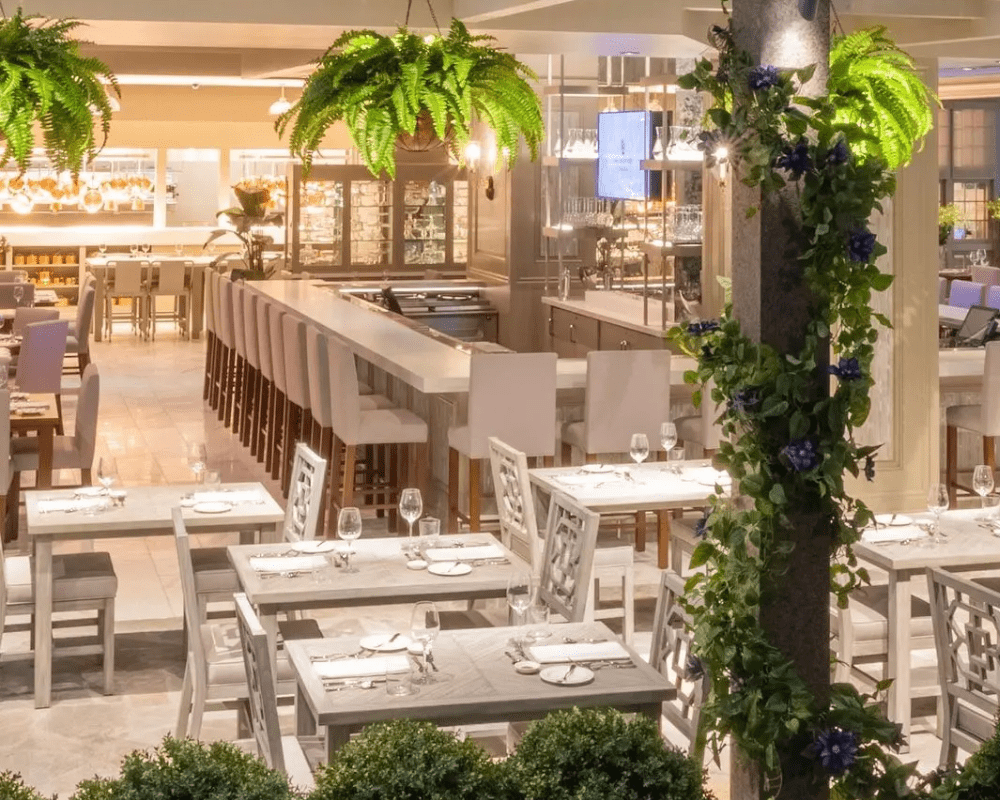 The newly opened restaurant offers a menu and ambiance based on Martha Stewart’s New York home. Every room in The Bedford is inspired by the rooms of Stewart’s house. She hosted an opening party at Paris Las Vegas Hotel and Casino and talked about how proud she is at the moment, and thanked the executive design director, Kevin Sharkey, for doing an amazing job with the interiors of the restaurant. The lights, table tops, vintage glassware, the restaurant kitchen, outdoor setting, and furniture, everything is like a replica of her home, and the mirrors in the restaurant are inspired by Colonial times. Martha, while talking to her guests, added that everything that’s served in the restaurant is a dish that’s been on her own home table over the years. 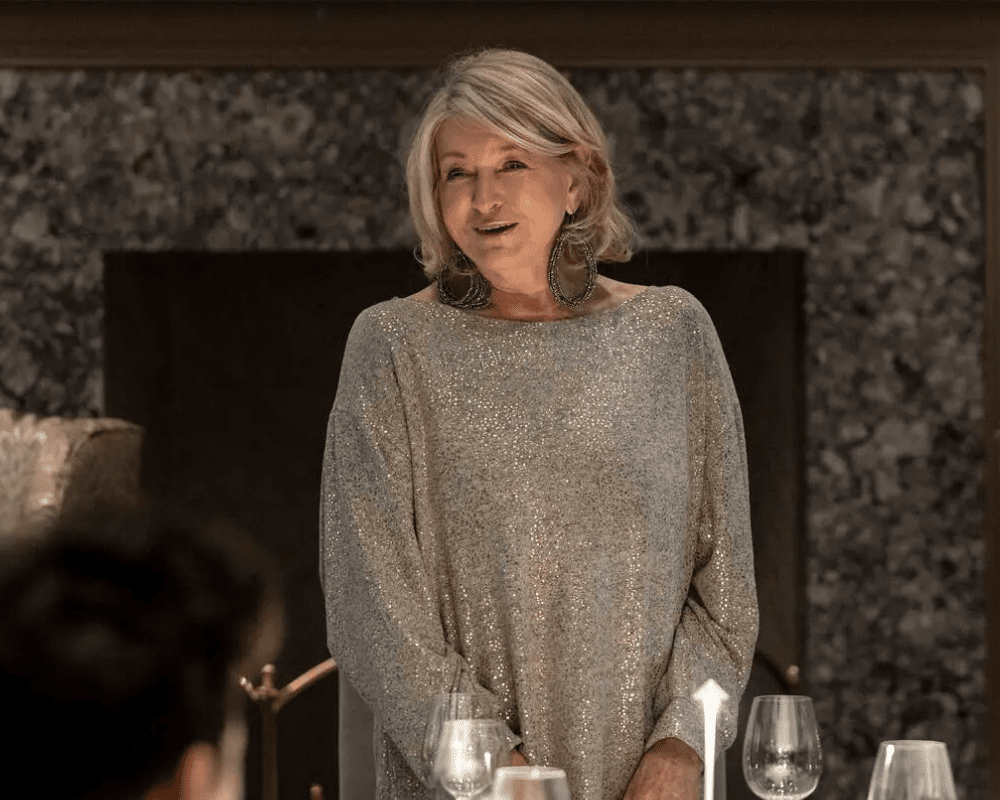 Martha has done a great job of giving the restaurant that personal touch. Every dish is better than the first one. They may not look flashy, but when it comes to quality, there’s no doubt. All the ingredients are locally sourced and of top quality. The roasted chicken may look simple but it’s cooked perfectly and carved in front of the guests. The desserts are as exquisite as the rest of the menu. Martha is also super proud of the beverage menu for the restaurant, which includes the frozen pomegranate Martha-Rita, ice-cold Martha-Tini, and many more. The pricing of items here is done thoughtfully. “You can splurge here and get very expensive dishes, but you can also eat very nicely for a bit more moderately,” Martha said.

Stewart’s Inspiration Is Her Mother

Martha Stewart also spoke about her mother, and how she never gave up on life. The Big Stewart raised six kids and educated all of them but not once did she complain. Her mother became an inspiration to Stewart to keep growing and learning new things. She learned from her mother to conquer all her dreams and be a better version of herself every day.

No Oven, No Stress Desserts Bound To Sweeten Your Summer

When it is too hot to function, and the only electrical appliance you turn on in the house is the ...

Mushrooms are an amazing ingredient that comes in many varieties and flavors. This simple stuffed ...

If you are ever in the mood for enough pasta to feed a small country, you might consider stopping ...