You would expect to order mussels when dining at a restaurant as opposed to cooking them yourself at home. However, it is now time to break away from this belief since they are one of the easiest things to cook, and a great way to impress dinner guests.

The other bonus? They are one of the most environmentally-friendly proteins to choose from, making it a winning choice for both your dinner and the environment. 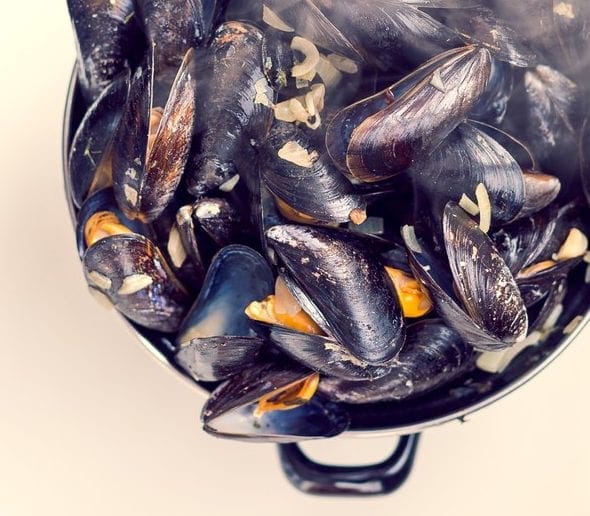 Louis Tikaram and fellow chef, Dominique Ansel, give their expert advice to make it more straightforward in case you are still not convinced. “People shouldn’t be scared to cook mussels because all they need is a really, really gentle heat and they’ll open straight up,” says Louis Tikaram, executive chef of West Hollywood’s E.P. Restaurant. “Basically once they’re open, they’re cooked—you can’t have a better kind of cooking guide than a mussel opening up to let you know that it’s ready to eat.” 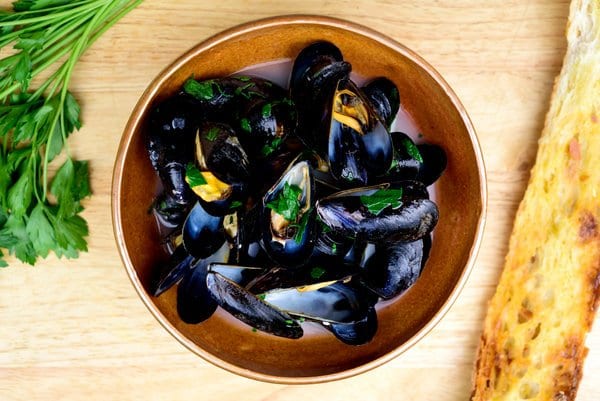 Ansel continues, “I remember when I was a young cook in France, we would get fresh mussels straight from the sea, oftentimes with the barnacles still on them. I would have to scrub them by hand to clean them one by one. Make sure to properly clean the mussels to get rid of the sand and any impurities. Soak them in a bath of cold water, scrub them, and give them a good rinsing through several times.”

To get your mussels juicy and plump, there is a way to do it. “I always love cooking mussels in a large pot with plenty of white wine, making sure to cover the pot tightly so that they can steam up inside,” Ansel says. “Cook them until the shells have opened up and the mussels are nice and tender.” It is not just the preparation that is key, Ansel is also very particular about the sauce. “Always serve mussels with crispy frites and a hunk of crusty baguette, so you can sop up all of that sauce—that’s my favorite part.” 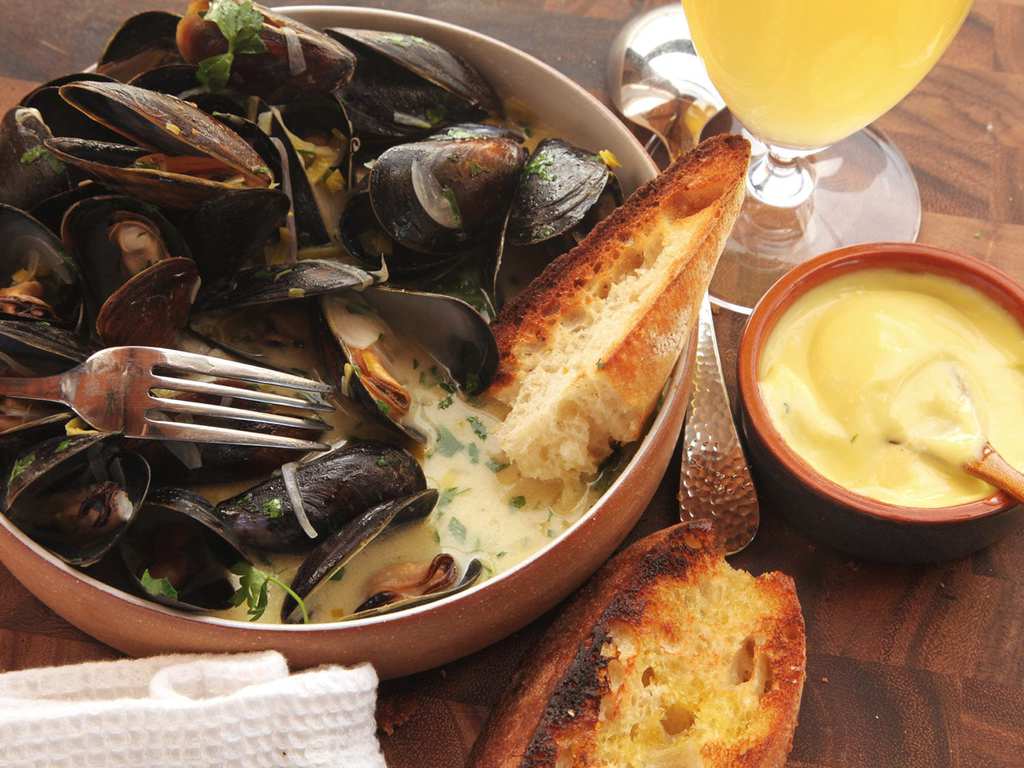 Tikaram does give a word of warning, however. “When you think they’re done, they’re already over-cooking. The less [time] the better. When you start to think they’re good to go, take the pot off the heat and let the rest of the cooking take place in the residual heat of the pan or the pot or the wok.”

There is no doubt that the Michelin star is the most coveted achievement that any restaurant could ...

You’ve Got To Try This Tasty Argentinian Street Food

Travelers used to the fast-food service culture of America often find themselves in a state of ...