Actress, princess, and now, cookbook author, it seems like Meghan Markle truly has it all. Only months after her spectacular wedding to Prince Harry, Meghan Markle is back in the public eye without being on princess duty. In conjunction with the survivors of the Grenfell Tower fires, Meghan has taken an active role in creating the book titled, Together, Our Community Cookbook. 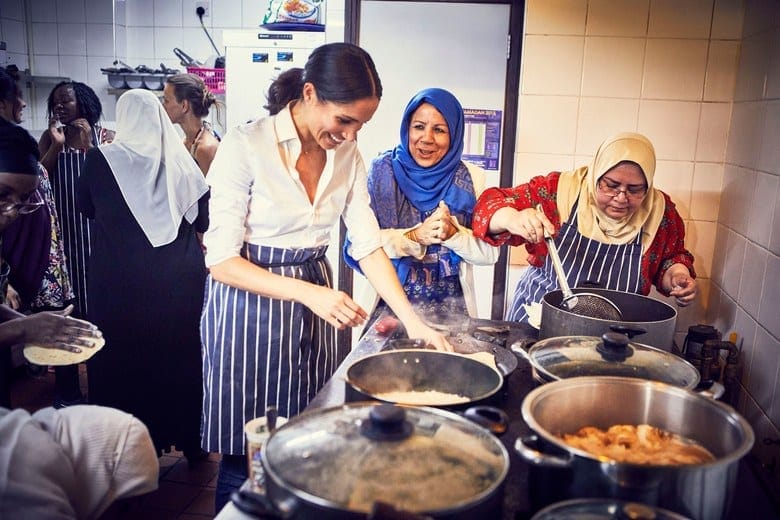 Though Meghan didn’t contribute any recipes of her own, she was inspired to pull the book together after visiting a kitchen started by one of the fire’s survivors. However, she was sure to lend a hand with writing, authoring a three-page introduction where the Duchess of Sussex describes her relationship to food during her childhood.

Meghan’s story traces its way through childhood memories filled with the flavors of black-eyed peas, collard greens, and cornbread, which were some of her family’s traditional dishes on New Year’s Day. 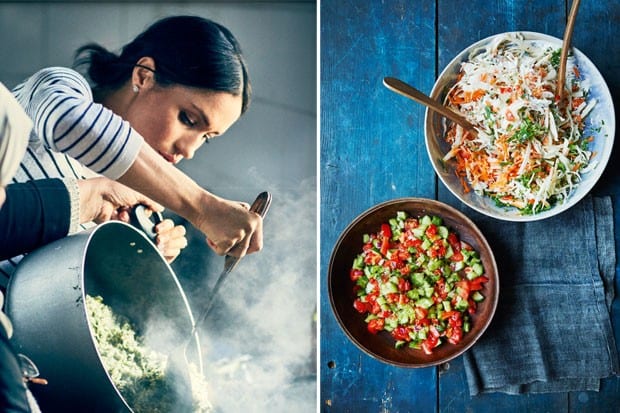 Meghan also has some accolades to give out for the recipes in the book, most notably a recipe for a green chile and avocado dip, which she specifically mentions in her writing. Meghan’s new favorite recipe from Together, which she calls “my very favorite avocado dip that I now make at home,” comes courtesy of Munira Mahmud, one of the founders of the kitchen that inspired Meghan to put together the book in the first place. 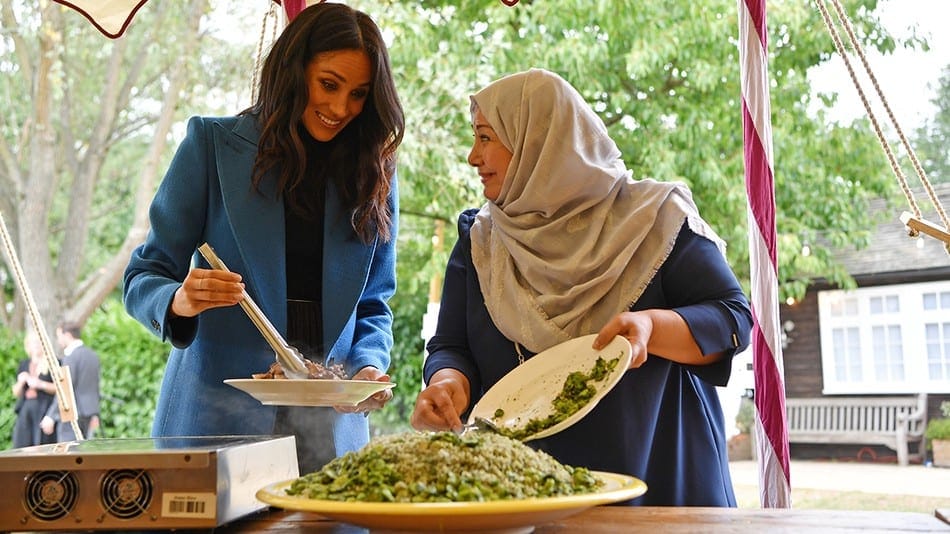 Mahmud managed to survive the fire at Grenfell Towers while also saving her two children and elderly father. After helping to start the Hubb Community Kitchen, the Duchess of Sussex came to visit her one day, but was struck by the fact that the kitchen doesn’t have enough funding to be open more than twice a week.

Munira explained to Vogue,  “After we said that we could only use the kitchen twice a week due to funding, she mentioned, ‘How about sharing your recipes with other people?’ And that’s how [the cookbook] happened.”

It’s that time of year when pretty much everything you eat has some kind of pumpkin spice in. ...

Baby Yoda Cereal Is Soon to Become a Thing

Bay Yoda took the world by storm in 2019 - and it looks as though he doesn’t plan on going anywhere ...

Meet The Food Blogger Making The Most Stunning Colorful Pasta

For most of the country, our introduction to colorful pasta came in the grocery store, where a ...