Voodoo Doughnut is a well-known spot in Portland, Oregon. The tiny shop offers a wide range of interesting and mouth-watering doughnuts. From Fruit Loops doughnuts to one with a piece of bubblegum in the center, Voodoo is going above and beyond for the tasty treats. 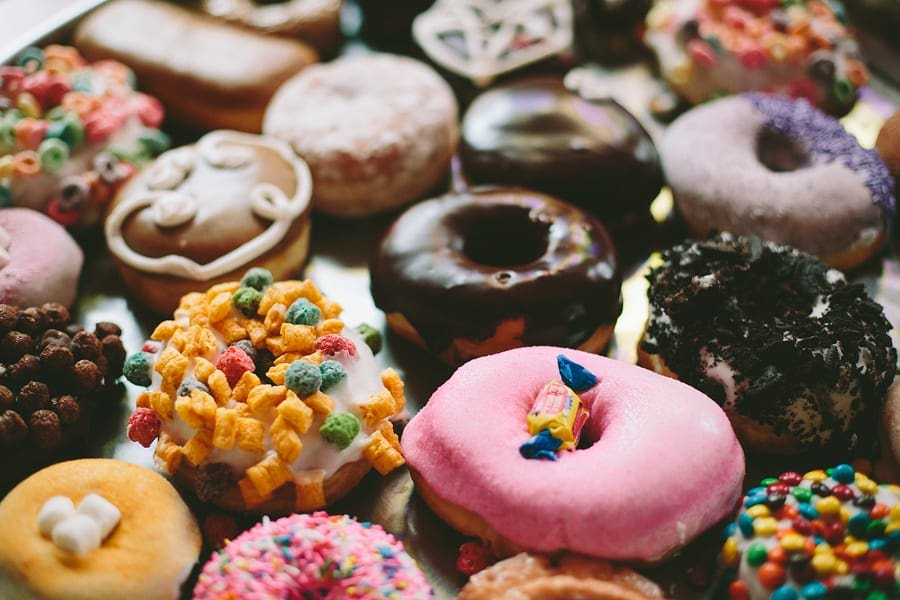 While Voodoo has become a hotspot for anyone wishing to feed their sweet tooth, it is also a place where hundreds of people have gotten married. Brides magazine explained how you could have a wedding ceremony at any of the seven Voodoo Doughnut locations, three of which are found in Portland, including the flagship. The other sites are in Austin, Denver, Los Angeles and Eugene. 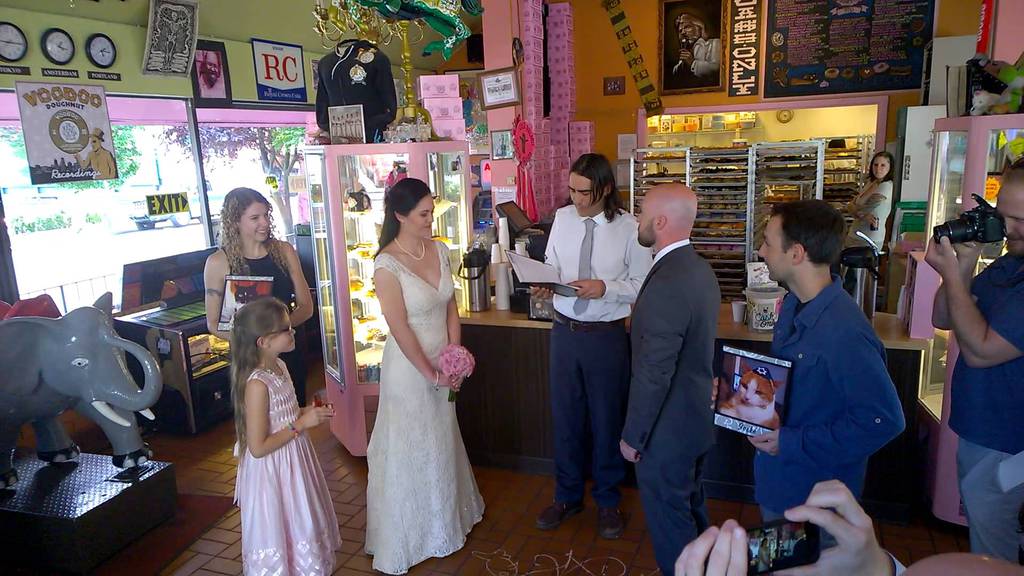 According to co-owner Tres Shannon, who founded Voodoo together with Kenneth “Cat Daddy” Pogson in 2003, it took only a week of the shop opening that weddings started to take place. The small shop has since become a favorite choice for couples’ wedding ceremonies, which are legally binding.

“[Pogson] and I were Universal Life ministers before we went into the doughnut business, and we felt pretty much since day one that we should have a ceremony,” Shannon told Brides. “Why not weddings? Doughnuts and weddings, they go together great.”

Couples who have chosen to celebrate their big day at Voodoo have also chosen a much cheaper alternative to a pricey wedding and wedding cake. According to The Knot, the average wedding cake cost $582 in 2016, and that is a far less than what a lavishly decorated one could cost. Rather, Voodoo offers a wedding package which starts at $300 and includes a ceremony, doughnuts, and coffee. 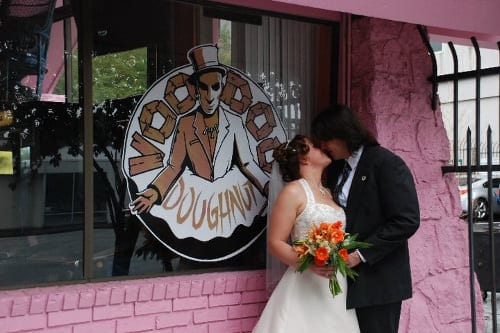 The shop then goes even further by giving the bride and groom the opportunity to have doughnuts decorated to order, and a shower of sprinkles rather than confetti to congratulate the newlyweds once they’re officially married. Voodoo even has a giant heart-shaped doughnut, which is pretty much a must for any ceremony. After all, this day is all about celebrating the couple’s love for one another, which can be perfectly symbolized with a heart doughnut.

Couples can even have something written on the heart if they so wish. “I like to see that some of the same things that we’ve always done from the beginning are still being used,” Shannon said. “But I also like how they’re individualized for whoever’s doing it.”

Baby Yoda Pez Heads Are On The Way

Ah, Pez Heads. The lovable candy dispensers that were once everything we needed to make candy time ...

How To Tell If Your Wine Has Gone Bad

It's always a good idea to crack open a bottle of wine over dinner and enjoy a glass or two with ...