Get ready Instagrammers, pink chocolate has arrived! Invented by a Swiss chocolatier named Barry Callebaut who produces more chocolate than anyone else in the world has unveiled what he terms ‘ruby chocolate’.

Antoine de Saint-Affrique, CEO of the Swiss company told Bloomberg, “It’s natural, it’s colorful, it’s hedonistic, there’s an indulgence aspect to it, but it keeps the authenticity of chocolate. It has a nice balance that speaks a lot to millennials.” 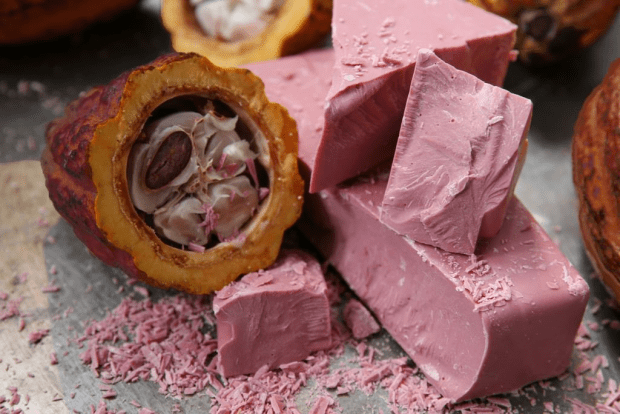 Though it has not yet been approved by the FDA–which specifies that chocolate must contain both cocoa solids or chocolate liquor as well as cocoa butter in order to be considered chocolate–for sale in the United States, but company reps have assured the color is natural.

Mike Schrauth, the vice president of Callebaut’s gourmet division says, “There are no added colors in it. It’s made up of cocoa solids, cocoa butter, dairy, and sugar. There are no added flavors. It’s about how we process it.” He goes on the explain that Callebaut has invented a specific way to process certain chocolate beans in order to “isolate the flavor precursors that preserve a red color and natural berry flavor.” 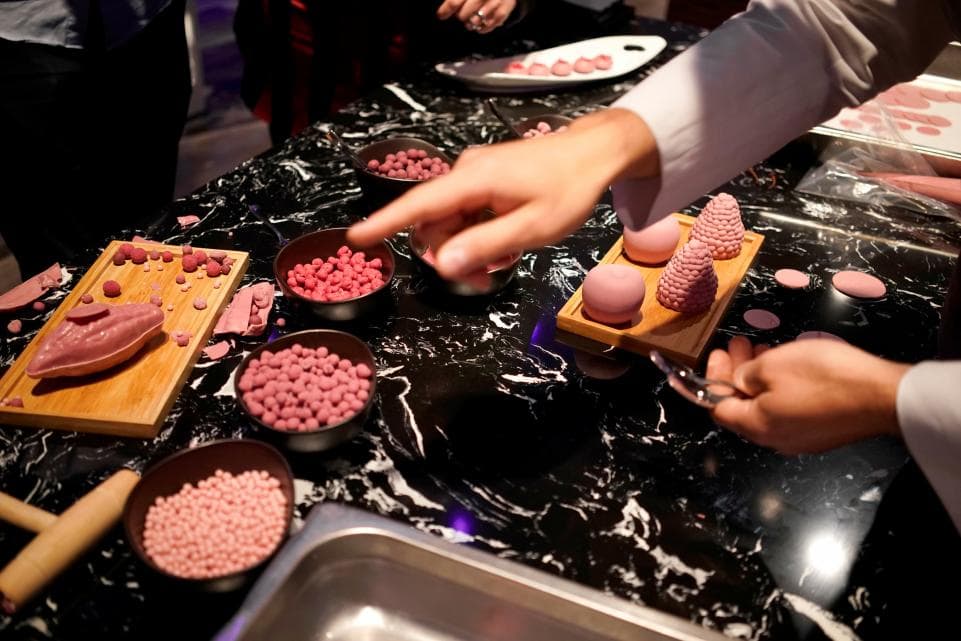 It seems the shockingly pink chocolate may require the FDA to invent an entirely knew designation to account for ruby chocolate, as Schrauth says, “It’s tricky because it doesn’t contain enough dairy to qualify as milk chocolate, and contains more cocoa solids than white chocolate.”

The company tells reporters that the new chocolate was developed over the course of 10 years using a combination of beans that originate in Ecuador, Ivory Coast, and Brazil. They account for the color as a byproduct that “comes from the powder extracted during processing.” Ruby chocolate would be the first new designation of chocolate since white chocolate was created 80 years ago. 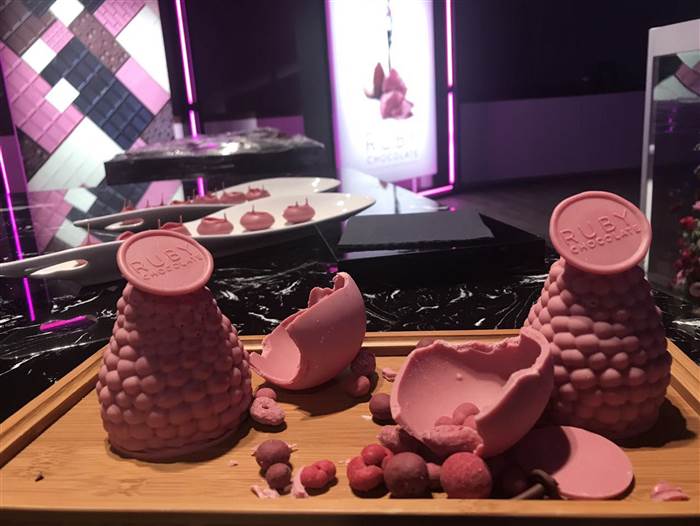 Many chocolate connoisseurs are skeptical about the supposed naturalness of the chocolate, saying that experts don’t seem familiar with a type of bean that would produce a pink chocolate, though some companies have managed to produce cocoa powder with a red tinge to it.

Megan Giller, a chocolate enthusiast commented on Eater that she “hopes that in the future, big chocolate companies will focus on making quality chocolates with unique flavors and pure, ethically sourced ingredients rather than gimmicks designed to trick consumers. There are already single-origin chocolates with delicious fruity notes — they just aren’t bright pink.”

Dunkin’ Cold Brew Concentrate Is About to Hit Stores Soon

If someone offers you a cold brew during chilly winters, will you take it or will you call them ...

Recipes That Are Perfect To Whip Up For The Super Bowl

The Super Bowl is just a few days away, and while many of us are preparing to back our favorite ...

They say that nothing good can last forever, but we’re not sure we ever thought we would see the ...