Kroger, one of the largest grocery store chains in North America, recently announced it is planning to launch a line of so-called “ugly produce,” dubbed Peculiar Picks.

The chain cited statistics that an estimated six billion pounds of produce are thrown away every year and, with the new initiative, is seeking to do its part to reduce this alarming statistic. How they plan to do this is by repackaging produce previously deemed unsellable because of perceived flaws.

So-called “ugly produce” that “doesn’t meet a specific color, shape or size … but still tastes delicious and is perfectly safe” will be repackaged to “encourage our consumers to try these items so there is not so much waste,” said Kroger Senior Innovation Manager Nicole Davis.

Although the produce looks funny, at least one (informal) study shows that plant stress may improve the taste of fruit. The orchardist Eliza Greenman found that pocked and dimpled apples were 2 to 5 percent sweeter than ostensibly “perfect” fruit from the same tree.

Whole Foods and Walmart launched similar campaigns in 2016, while the Michigan-based Meijer chain launched “Misfits bins” that offered “cosmetically-challenged” fruits and vegetables at a 20 to 40 percent reduced price. 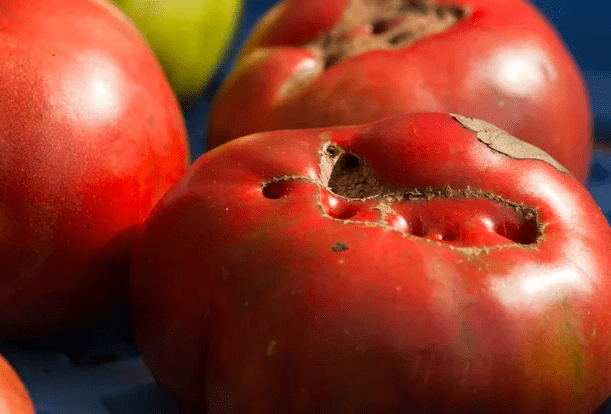 This may be successful in reducing food waste, but some worry that it may hurt food banks that have in the past received unwanted produce from farmers donating their unusable, malformed surplus. Robert Egger, the president of L.A. Kitchen, a food-based NGO, said that such donations are happening “less and less.” Indeed, despite boosted efforts, food waste is a problem we seem far away from solving.

The announcement came at Food Forward Summit, which kicked off on October 10 in Washington, D.C. at the U.S. Chamber of Commerce. The summit brought together entrepreneurs, business leaders, investors, and tech experts to discuss topics such as food waste reduction, hunger, innovative farming infrastructure, emerging technologies, and new investments in food and health.

Home to the classic deep-dish pizza, Chicago has every reason to call itself one of the truly great ...

The people of Kigali, the capital of Rwanda, love milk. They love it so much that if you step into ...

Best Red, White, And Blue Desserts For Your Guests

With 4th July celebrations just moments away, many of us have been wondering: just what are the ...