Breakfast would seem to be our last abode from the seemingly endless bitter conflicts that plague our times, but it turns that even pouring milk over sugar-coated flakes of grain — our coveted peaceful morning ritual — is full of conflict.

Kellogg’s recently responded to last January’s Lucky Charms special mashup with Frosted Flakes, which even uses the name “Frosted Flakes.” There is no trademark registered on the phrase at the U.S. Patent and Trademark Office, so General Mills added it on specially-marked boxes in our breakfast cereal aisles just under a year ago. 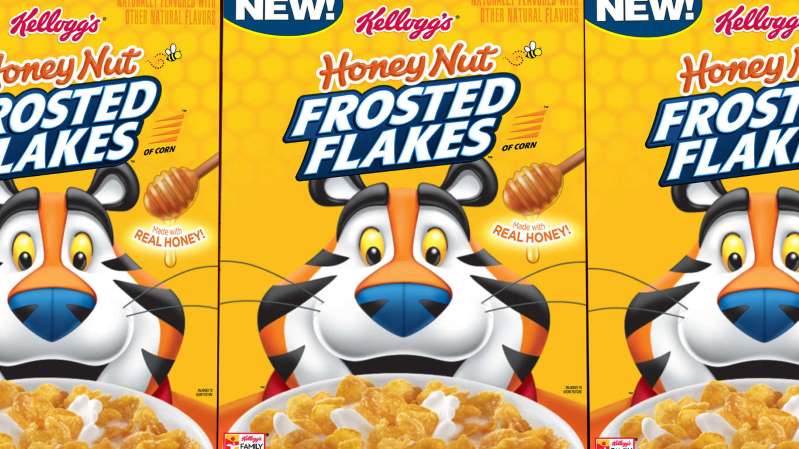 In response, Kellogg’s found a General Mills staple cereal also not under trademark — namely, “honey nut,” as in Honey Nut Cheerios — and will soon release its own breakfast mashup.

On the box, a yellow, honeycomb pattern appears along with the familiar Frosted Flakes logo and mascot, Tony the Tiger. Even though the bee flying around on the box looks nothing like Honey Nut Cheerios bee, we aren’t fooled; it’s clearly ripped off of General Mills.

“Honey Nut Frosted Flakes was a tough nut to crack,” Senior Brand Manager for Frosted Flakes Brant Wheaton said. “We knew our fans would be excited for this flavor and we’re too. It was such a fun challenge to combine the two well-known flavors of honey-nut and Frosted Flakes to make something completely unique and quite frankly, g-r-reat.” 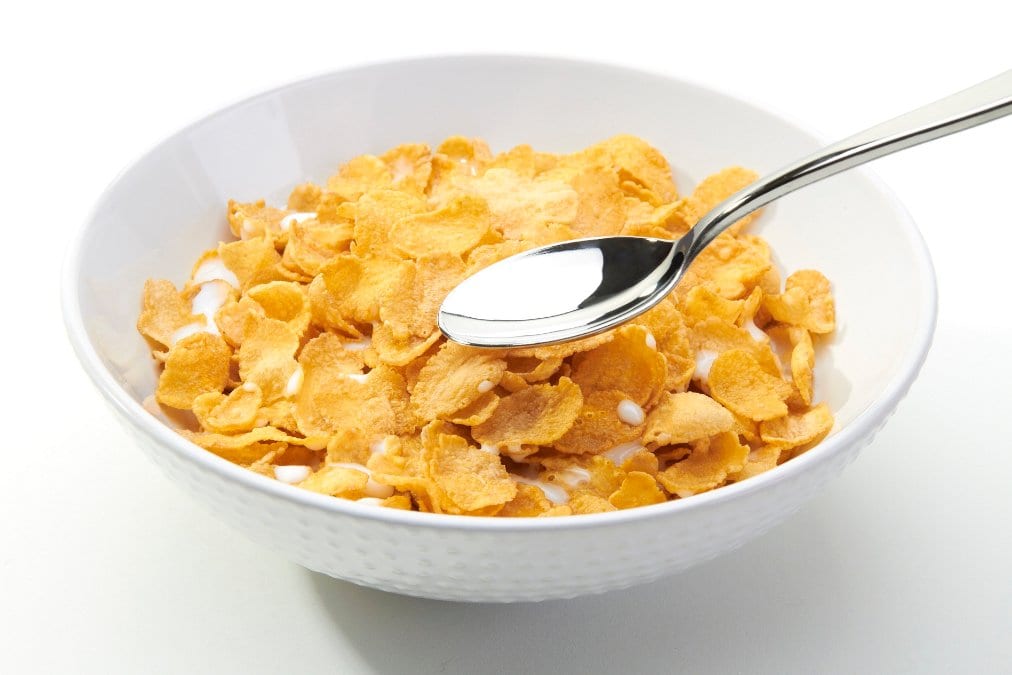 Everything you like about Honey Nut Cheerios, besides the “O” shape, will now be infused in Frosted Flakes. This is not a joke; the breakfast cereal is real and will soon hit your local grocery store.

As for what General Mills thinks about the whole thing, they’ve been silent. Maybe they’re planning their own counterstrike to Kellogg’s most recent salvo. And just maybe the two companies aren’t that much of enemies after all. Maybe they’re having a laugh about it all over a breakfast bowl of cereal. As long as they keep providing us with these delicious breakfast options, we don’t care.

Grocery Shopping Apps That Will Help You Meal Prep

Meal prepping might sound like a great idea, but how are we supposed to know what to buy from the ...

Anyone who has watched 'Willy Wonka and the Chocolate Factory' will remember the edible garden that ...