Bolivian dances vary from one region to another. In Bolivia, music is created for both playing and dancing. It’s deeply embedded with local traditions, which is why dances and music are an integral part of this South American country’s culture. 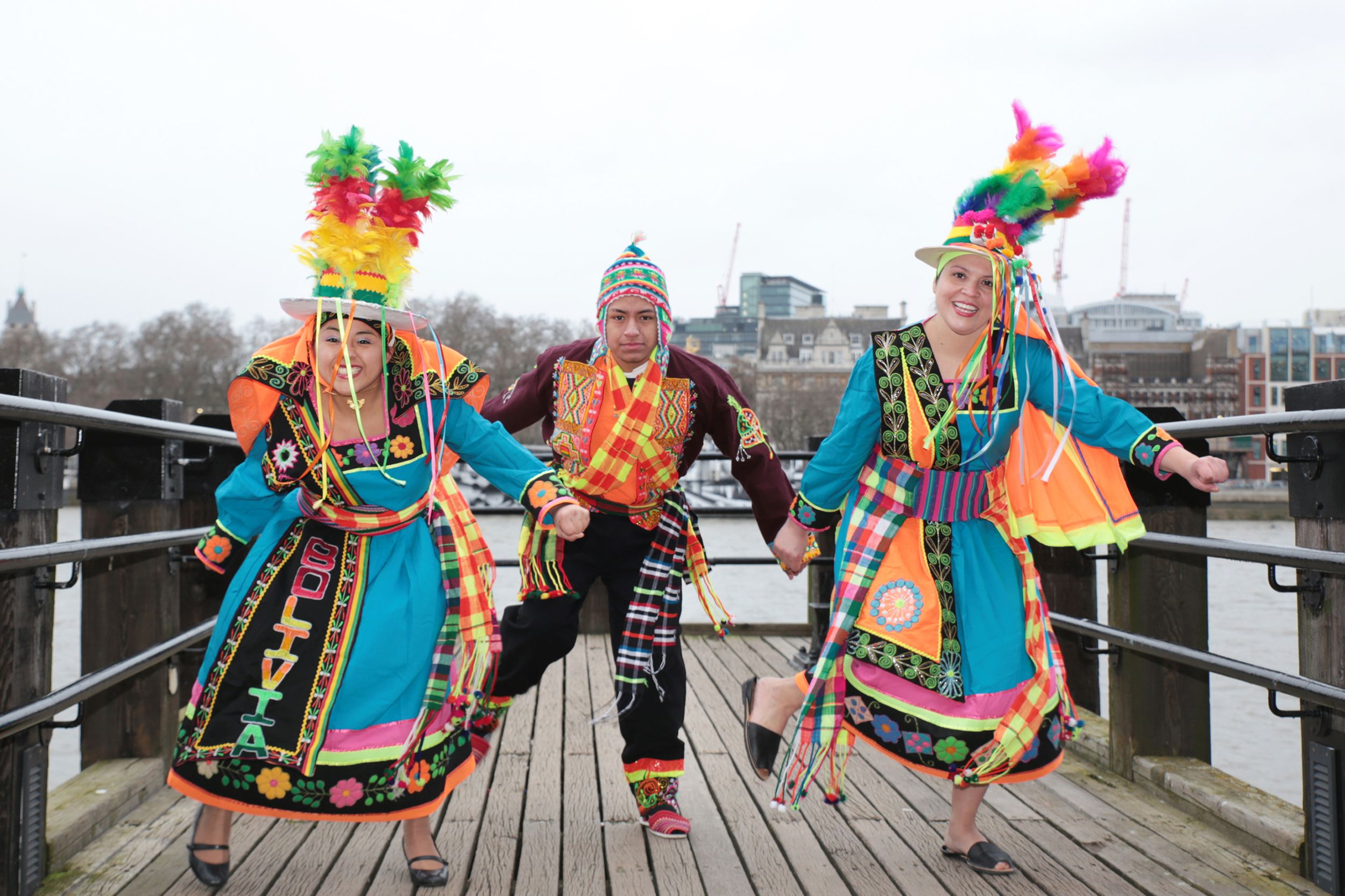 Here are five spectacular dances that mesmerize almost anyone:

1. Caporal – A Parody of the Country’s Past

In Spanish, the word “caporal” means “ranch manager” or “foreman”. The dance originates from the Yungas region and is one of the most famous Bolivian dances in the world. The caporal parodies the mulatto overseers who worked for the Spanish and managed the large colonial haciendas. The costumes used by the dancers depict the clothing and whip, which were used by the landowners at the time. 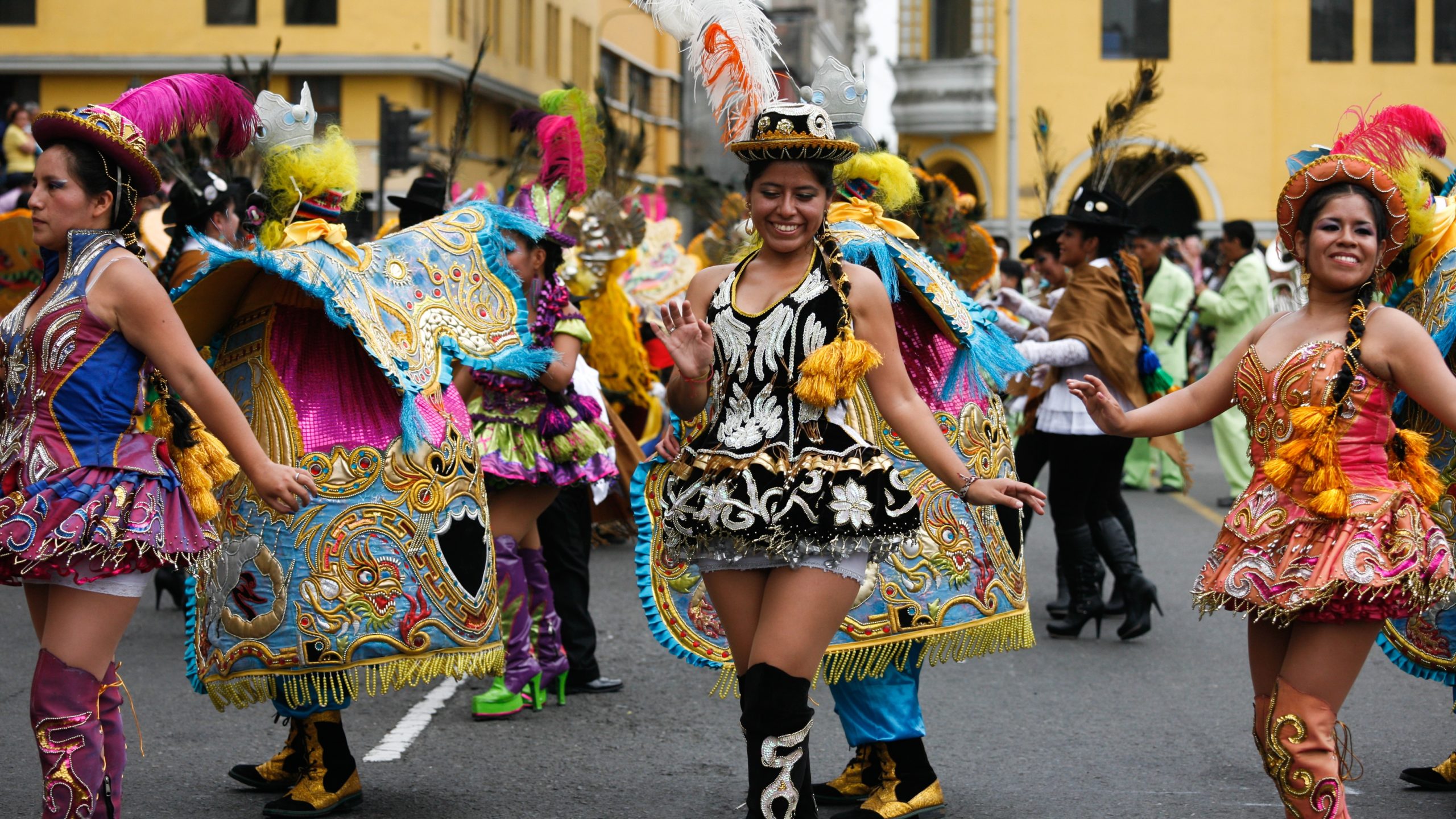 Originally from Potosí, one of the highest cities in the world, Tinku is a dance that is accompanied by chanting from women and the charango, a small Andean stringed instrument, which locals make by using armadillo shells. It’s a ceremonial war dance that ethnic groups perform before entering fistfights. The men wear traditional black or white pants and monteras or thick helmet-like hats adorned with colorful feathers. 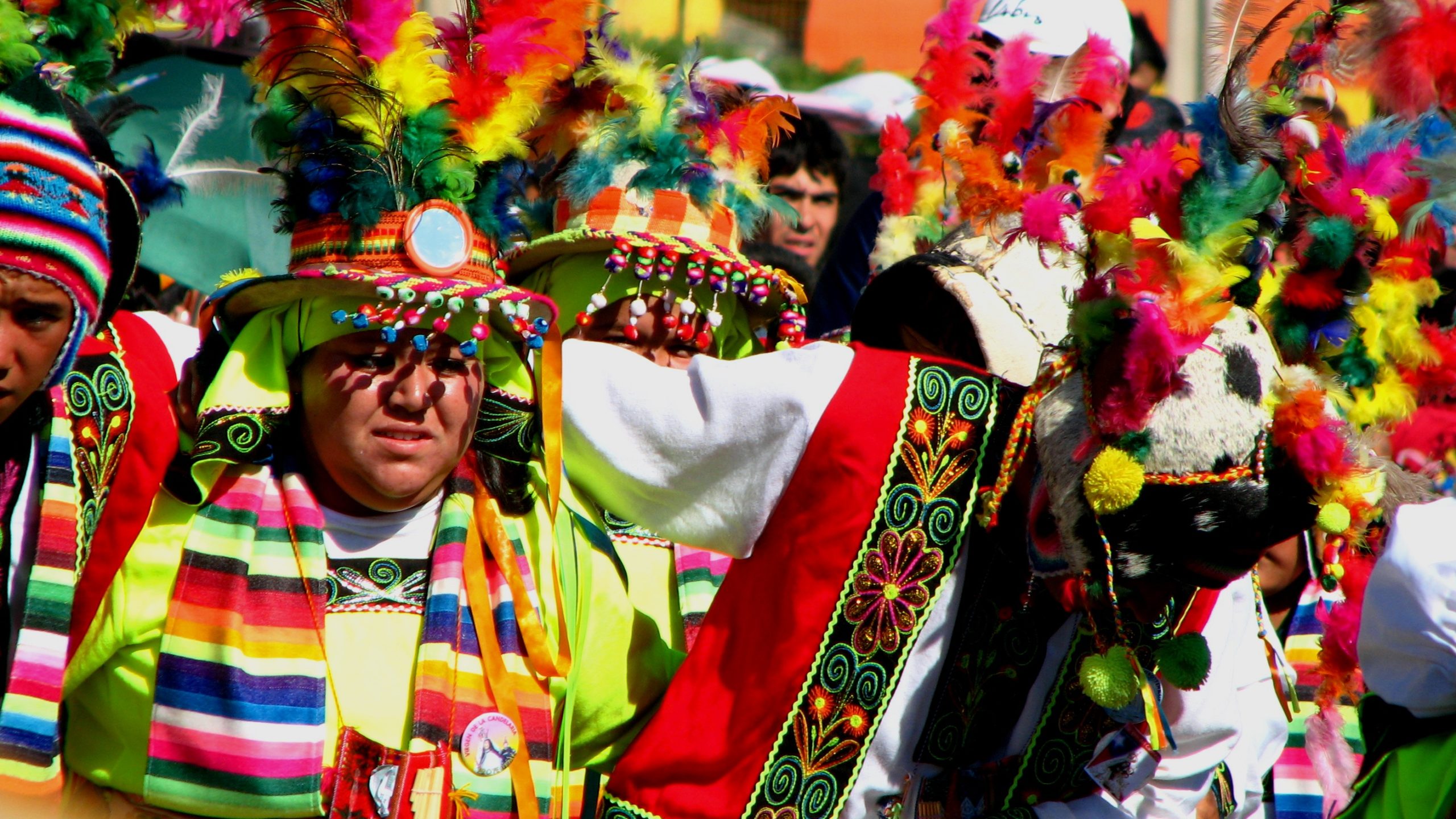 3. Cueca – Bolivian Dance With Its Own Holidays

Cueca is a music style that is typical for Bolivia, Argentina, Chile, Peru, and Mexico. Each country has its own variation and unique dancing style. Traditionally the cueca is played with guitars or charangos, but modern interpretations can feature violins and accordions. It’s a satirical dance, which shows a man courting a woman. Cueca is held in high regard in the country, which is why the local government designated the first Sunday of October as the Day of the Bolivian Cueca. 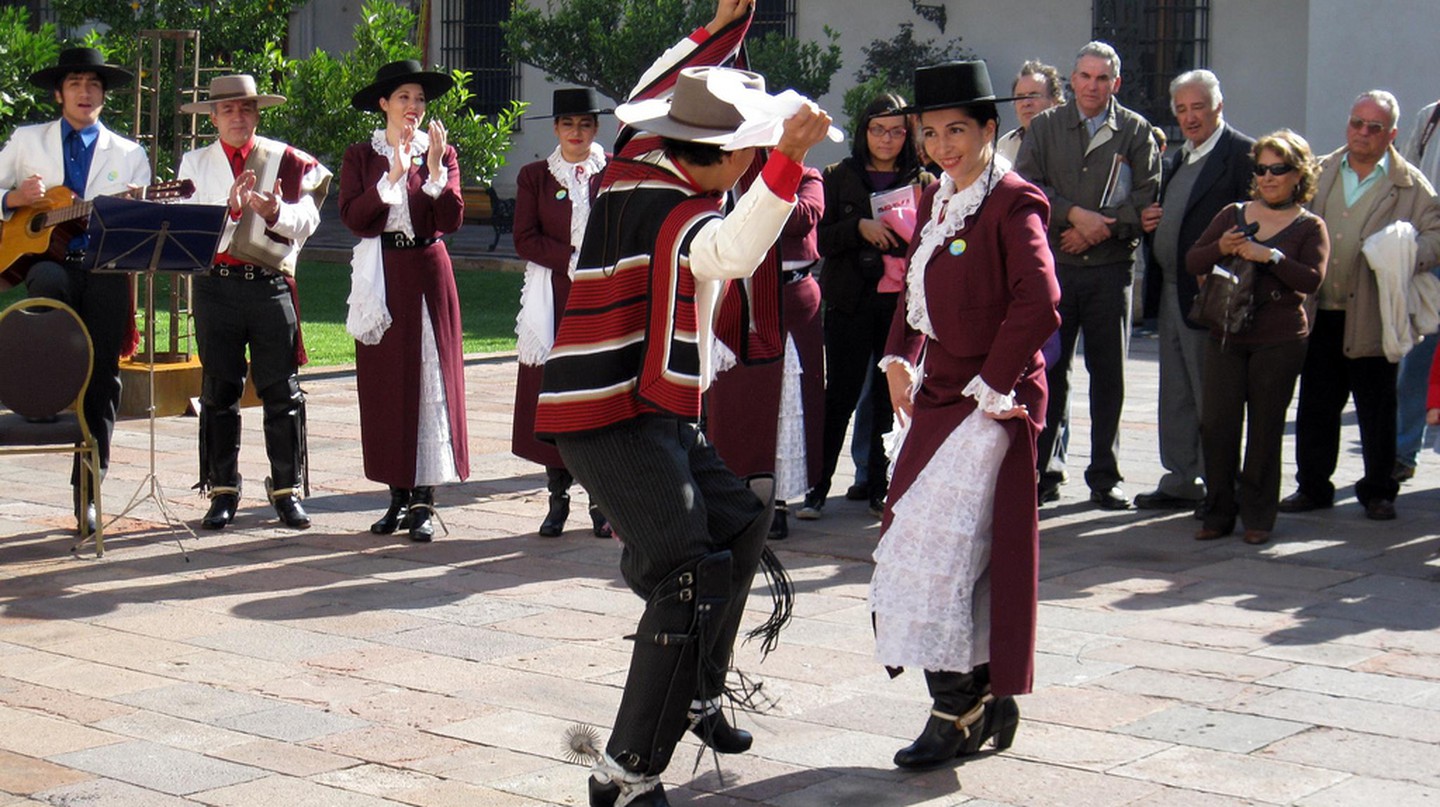 4. Macheteros – The Heritage of the Moxos People

This music and dance style comes from the Moxos people, who lived in the south-central Beni department in the northeastern parts of Bolivia. It’s played with small drums and often features during Catholic festivities as the Moxos merged their customs with the Spaniards upon the colonization of Bolivia. The dancers carry wooden machetes in their right hands and wear eye-catching headdresses adorned with colorful Parabas feathers. It’s a dance that portrays men fighting over a woman. 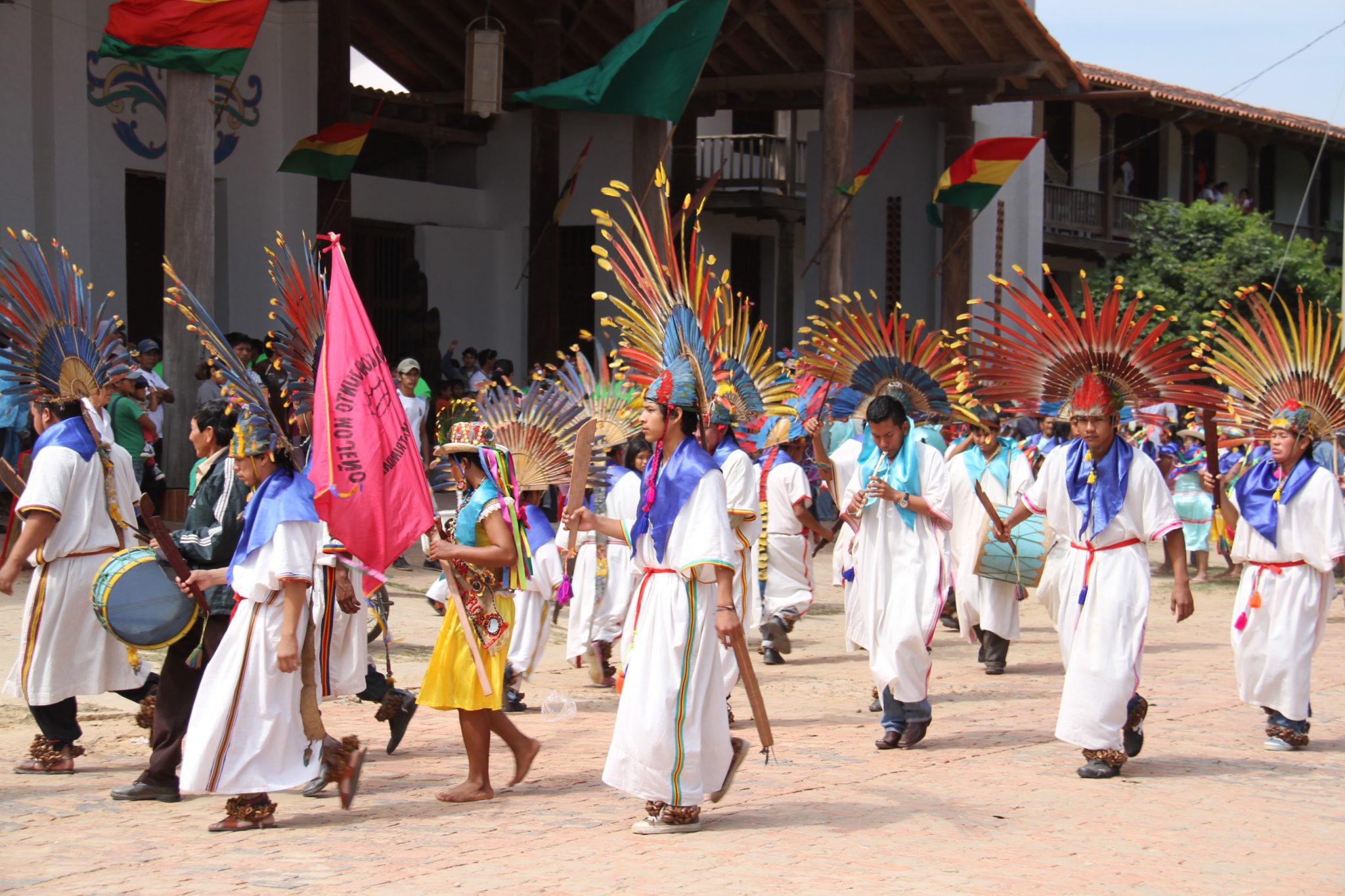 Like the Caporal, the Saya originates from the Bolivian Yungas region and is played by the local Afro Bolivian community. It’s accompanied by the flute and drums while men chant coplas, a four-versed poem, and the women repeat them. The dance is a beautiful and captivating mixture of traditional Andean flutes and dance steps and ancient rhythms brought to the country by former slaves from Africa. This musical style is known throughout the world as lambada due to the fact that Brazilian singer Kaoma plagiarized and renamed it during the 1980s. 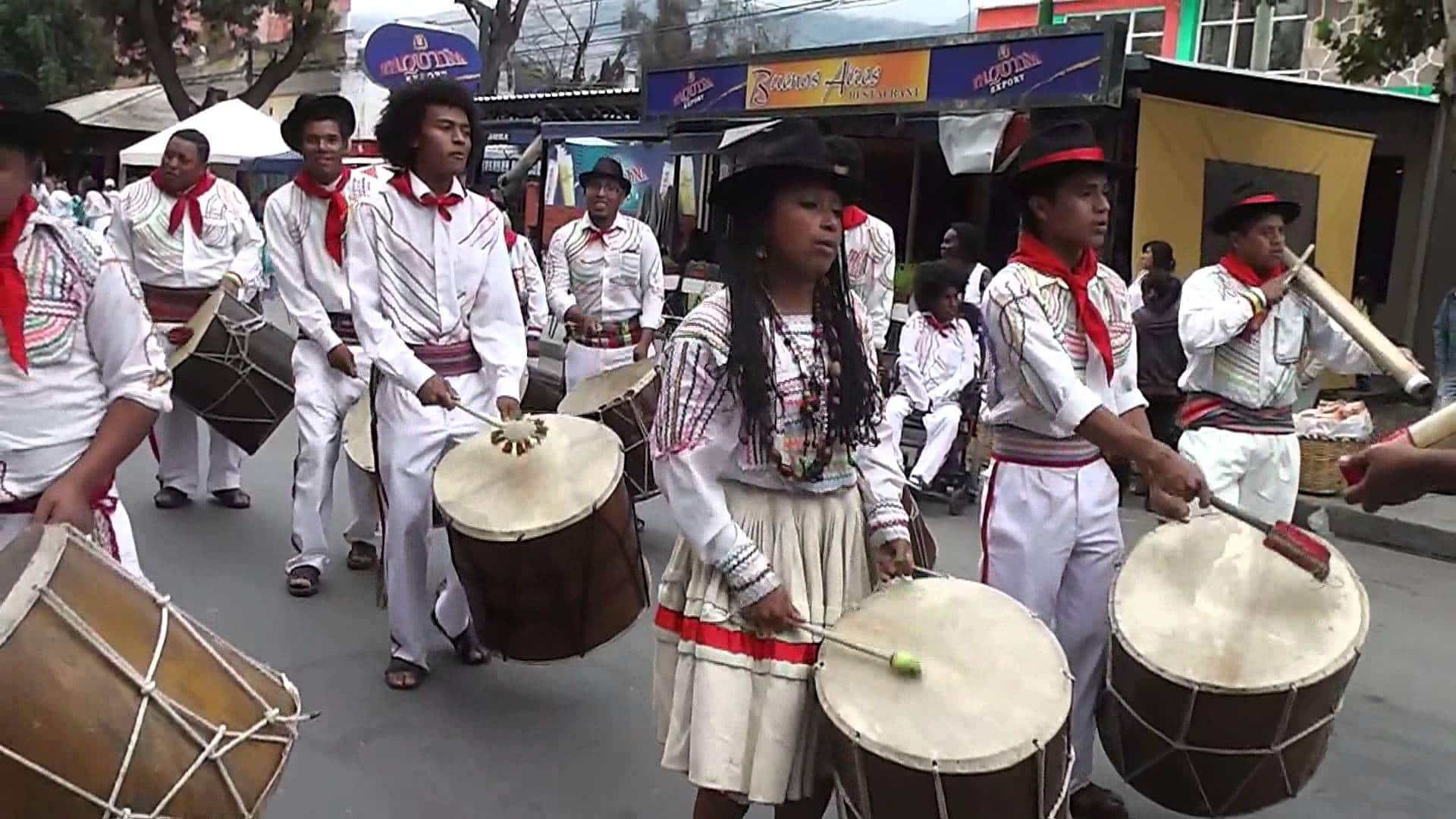 These are only five of the many Bolivian dances that make Bolivia one of the most musically cultured places in the world. Each region of the country has its own musical heritage, which is why Bolivia is favored by countless dance and music aficionados.

Dominique Ansel, the brain behind the creation of the cronut, is back in the lab and trying to ...

When you have the travel bug, there is not much that can get in the way of a good adventure. ...