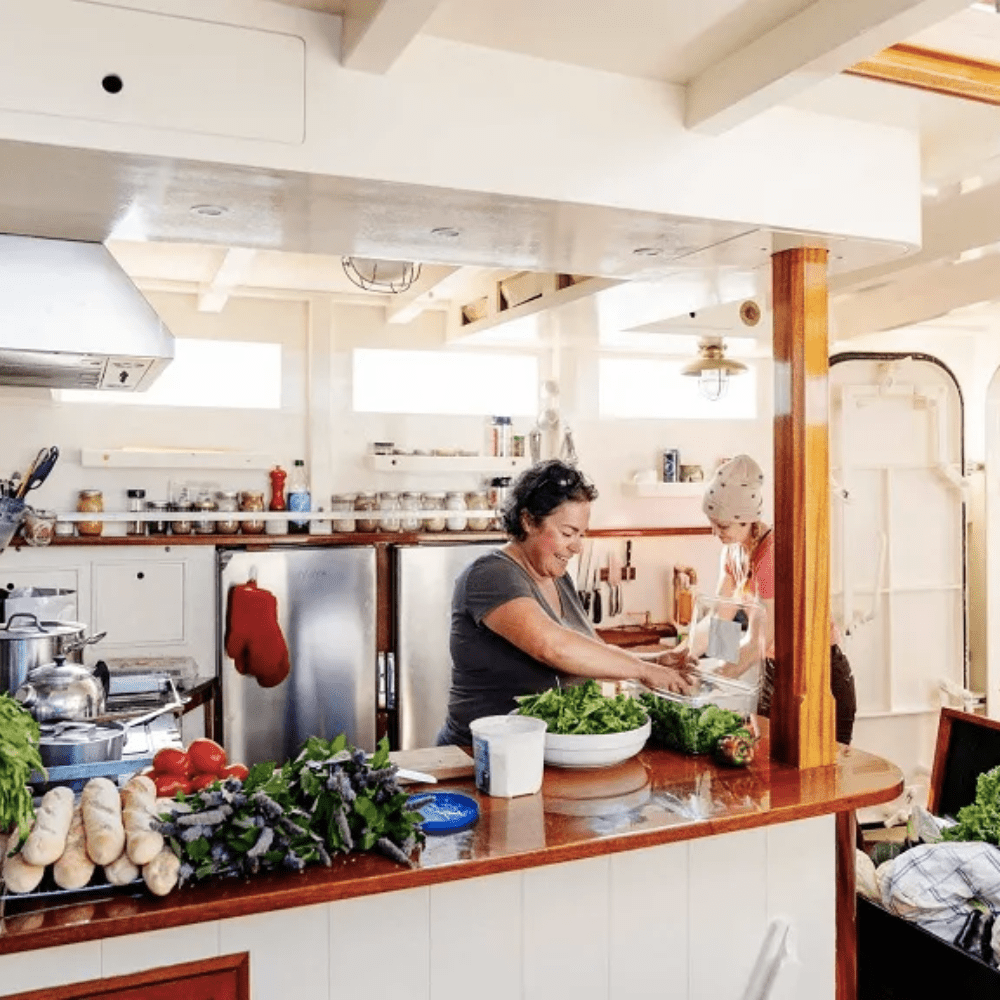 We all know about food carts and trucks, even trailers on the wheel. But, do you know about any sailing food ships? Behold schooner Ladona, a ship with an open kitchen and dining deck, harbored at the rocky coast of Maine for the season of the Maine Windjammer Association. Chef Anna Miller prepared a culinary adventure on the ship for a small diner group of 17, enjoying the fog and mist of the Vacationland.

The Schooner Ladona was commissioned back in 1922 by American industrialist Homer Loring. Originally built as a sailing yacht, the ship went through multiple names and incarnations over a century. Co-owner and captain J.R. Braugh gave the sailboat its new look and purpose in 2014, based on the idea of a willing co-conspirator, captain Noah Barnes. The ship’s galley is redesigned ergonomically as a kitchen and dining area. The schooner’s signature chef, Anna Miller, has the ability to deliver delicious delights from that adequately-equipped curated space of the galley. She attempts almost anything in her swaying kitchen of the sea, starting from drippy Reuben sandwiches to fudgy crinkled-topped brownies. 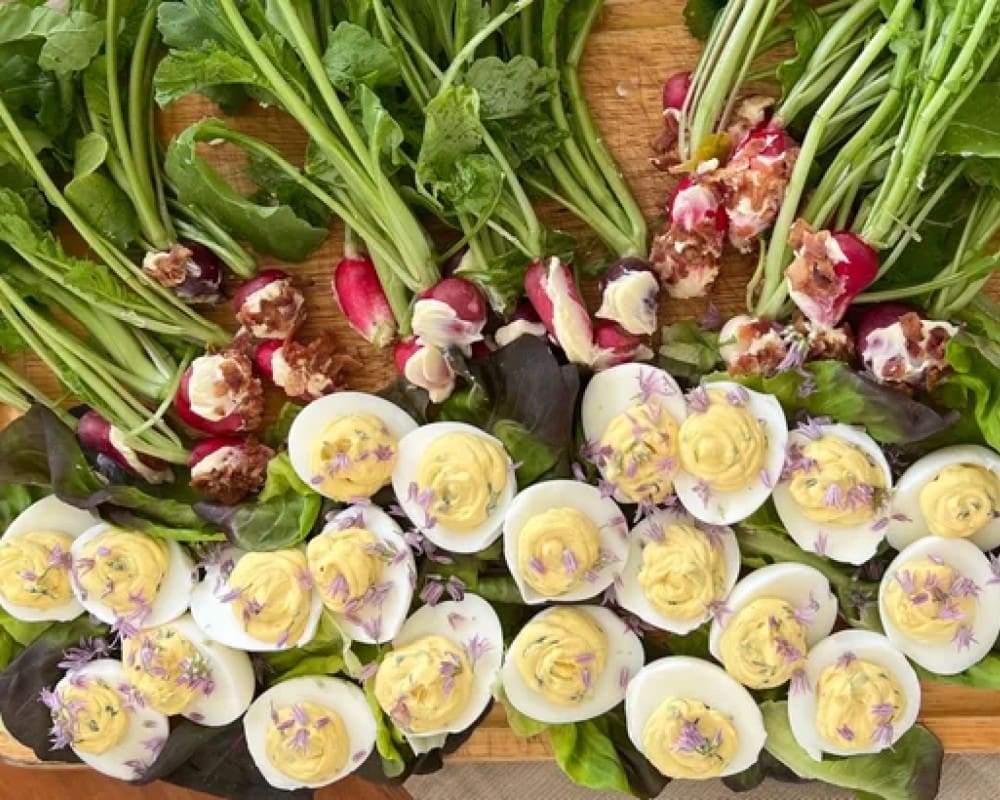 On the first cool evening at the sea, chef Miller whipped up a cured duck pastrami, local French breakfast radishes, dipped in lardons and smeared with butter, alongside truffled deviled eggs, beautifully garnished with striking chive blossoms. The star, however, of the fine fare was Turducken, a famous masterpiece of the chef. This Thanksgiving-styled elaborate and labor-intensive treat is a massive birds-in-bird dish, made with a chicken roaster stuffed in a duck stuffed in a turkey, with stuffing in between each layer, and served with potatoes. On the final night of the season, the ship’s rear was covered with a smokey smell, when charred steak emerged on the table. A warm bowl of seasoned potatoes and corn-on-the-cob came alongside. Lastly, ending the culinary experience on a sweet note, chef Miller produced delectable desserts of tart and creamy key lime pie.

Since it takes many people their morning coffee before they are fully awake and able to start their ...