We all love pizza! There’s no doubt that when the word is uttered, our mouths already start salivating and our stomachs start to grumble. We’ve all spent a lot of time going from one pizza joint to the other, trying slices, sometimes a pie – just to tell which was the best in our area. So, you would think that with years of pizza munching experience, we should be able to determine a good pizza from a bad pizza.

But science isn’t about opinion or mere speculation! So two scientists and a food anthropologist decided to create a formula that could be used to make the perfect pizza! 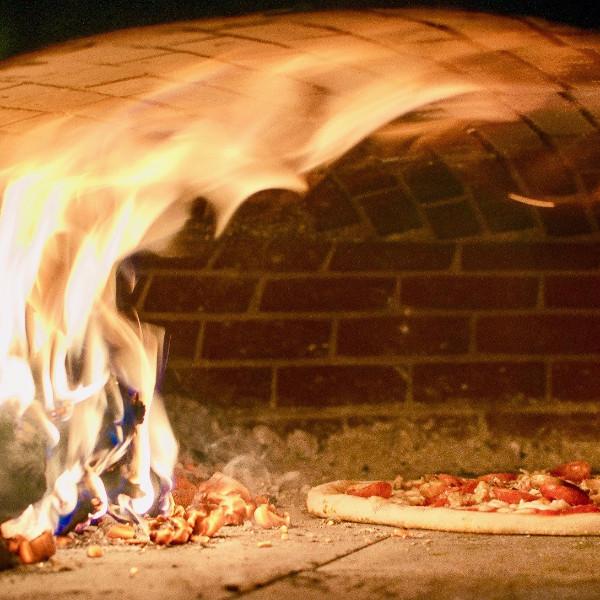 The two physicists in question are Andrey Varlamov and Andreas Glatz, who worked alongside Sergio Grasso, an anthropologist. According to the trio, they were inspired by the idea because they had enjoyed so many different pizzas in the traditional Italian wood-fired style, that they wondered how to recreate the conditions at home, in their little electric ovens. Tasked with this heavy and crucially important duty to mankind, they advanced into the unknown!

The scientists realized that the issue was one of thermodynamics and that while an electric oven could not mimic the conditions of a wood-fired Roman-brick oven, they could adjust settings on their oven to try and get close.

They determined that the average heat for a woodfired oven was around 625 degrees Fahrenheit (330 degrees Celsius) and a pizza went in for no more than 2 minutes at a time (give or take 30 seconds to give certain, more water-based toppings a better chance at roasting).

An electric oven doesn’t distribute heat the same way as a wood-fired pizza oven, which means you have to lower the heat to precisely 450 degrees Fahrenheit (230 degrees Celsius) and keep it in the oven for no more than 170 seconds exactly. You have an additional 30 seconds to help cook certain toppings if need be, but you should aim for no more than 170 seconds. You’ll never have a dry or undercooked pizza again – no excuses!

Best Red, White, And Blue Desserts For Your Guests

With 4th July celebrations just moments away, many of us have been wondering: just what are the ...

The Perfect Comfort Food In trying times, most people turn to food, and that is perfectly fine – ...

How To Get The Best Grilled Corn Ever

There is no denying that one of the best things about a barbecue is the grilled corn. Any time you ...