Spiked milkshakes and slushies have become the norm in many cocktail bars around the world, but one New York entrepreneur decided to put a new twist on the cocktail culture.

Melissa Tavss worked in marketing for liquor brands and was very familiar with infusing alcohol into any edible products. Despite her company putting liquor into foods, it was actually her great-grandfather who sparked her idea of creating alcoholic ice cream.

He served as the President of Ice Cream Alliance in Great Britain which prompted her to launch ‘Tipsy Scoop’ three years ago. 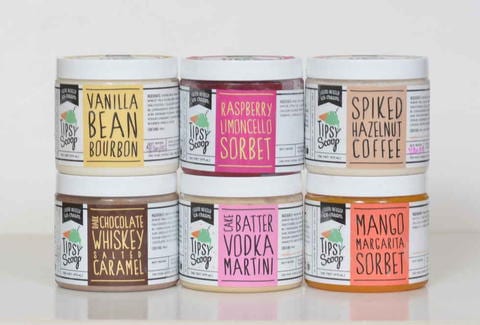 Melissa thought that the ice cream would be cool to have an alcohol content for people who want more than just a regular cocktail. The boozy ice cream is created by freezing the alcoholic mix into the ice cream and letting it set together.

The finished product gives a creamy texture with an overall kick from the alcohol, letting adults enjoy the nostalgia of ice cream from their childhood all while getting that enjoyable buzz. 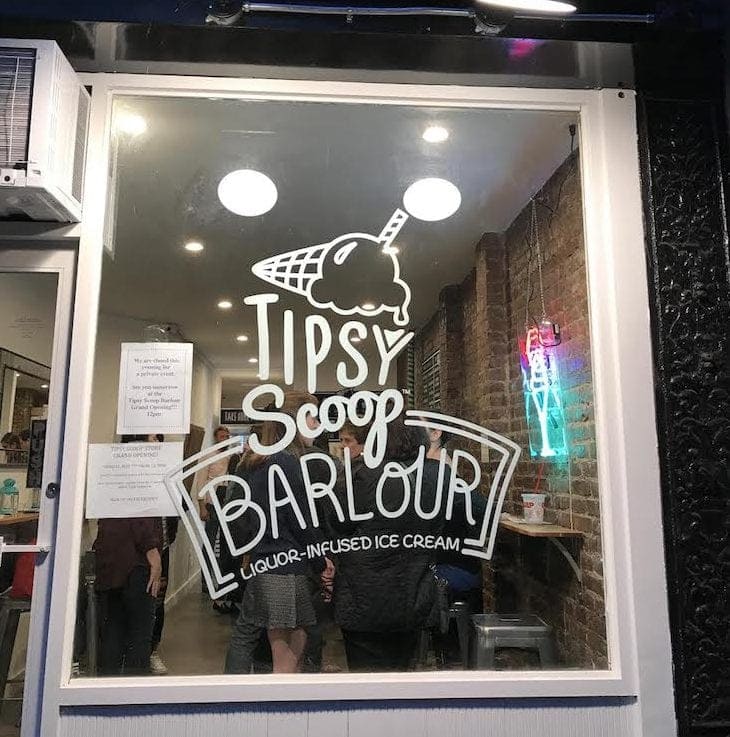 After trying to sell the product to grocery stores including Whole Foods, she came across some issues with how to sell the product and on what shelves because customers under the age of 21 were not legal to buy it. Despite this, people were seeing social media videos of the alcoholic ice cream and wanted it so there became a demand for Melissa to open a store.

The ice cream ‘Barlour’ was then opened in Kips Bay with a look which combined an ice cream store with bar stools, bricks and amber lighting in the hope for it not to look like your typical ice cream parlor. 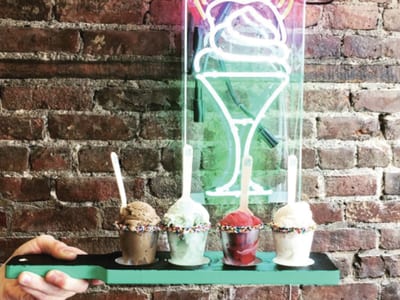 On opening day, despite the rainy, cold weather, people were queuing around the block in the hope of getting their ice cream boozy fix. Bouncers were stationed at the door to card eager customers.

The store has flavors including dark chocolate whiskey and mango margarita sorbet as well as a selection of liquor branded ice cream from partnerships.

To top it all off, customers can choose from a selection of complimentary sprinkles or cherries, to add that extra sugar rush!

Everything You Need To Know About Cold Brew Coffee

When the weather is warm, many of us still want that hit of caffeine we are used to from our ...

On April 1st, Burger King announced that they were testing the popular vegan burger, the Impossible ...

Most Expensive Dishes In Las Vegas

Las Vegas has always been a place to take things to the next level. Sometimes, it has even been ...