2016 saw the boom of the avocado craze; putting it on toast for a delicious brunch pick-me-up; baking it in vegan desserts and making it an overall extra to your basic meal.

Although we thought we had seen it all, one Australian café decided to take it to a new level and create the ‘avolatte’. With avocados and lattes being a millennial favorite Instagram post, this new trend has the potential to cause wavelengths amongst the social media fanatics. 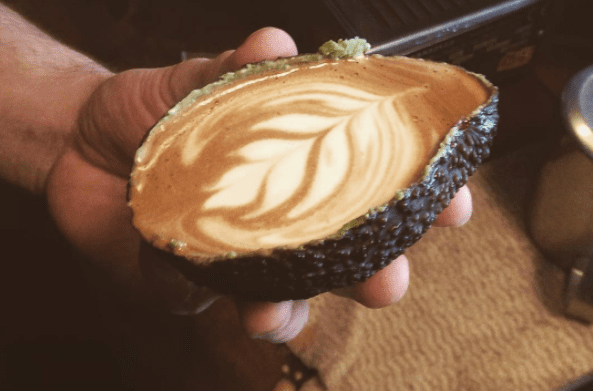 The café in Melbourne, Australia thought up the questionable creation one day when a barista decided to put his own twist on the avo-mad nation.

The Truman Café noted Melbourne’s obsession with avocado’s and latte’s, so it only seemed appropriate to combine the two and create a two-in-one breakfast.

It was no surprise that the avocado hybrid prompted so many questions from excited locals wondering what the avocado to coffee ratio was, how it is eaten, how to hold it and what utensils are needed for the Insta-worthy food. 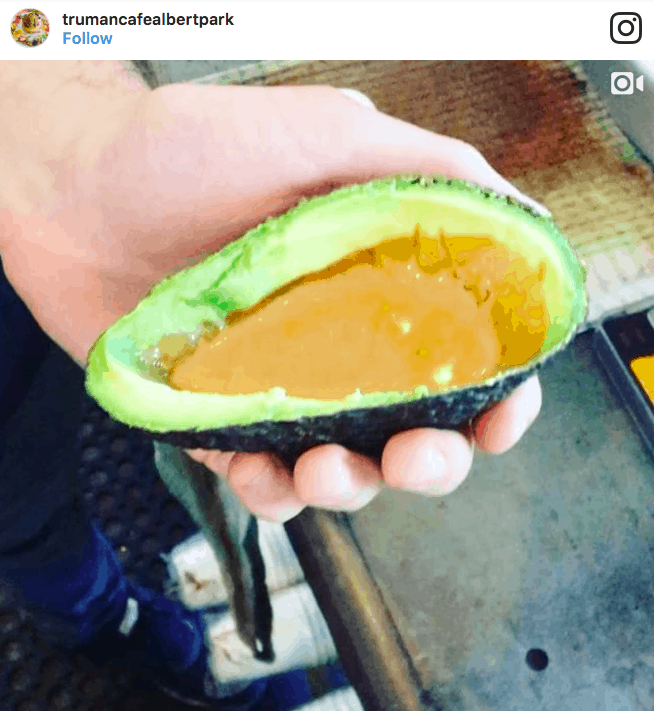 The ‘avolatte’ is made by scooping out half an avocado, it is then filled with espresso and finally, steamed milk is poured on the top with a perfected latte-art technique.

The responses to the coffee was met with a mixture of delight and disgust with one user stating “oh wow this is perfection” while another commented “shame on them, why do they put coffee in this wonderful fruit?”

With avocado based café’s opening in New York City and Amsterdam to huge lines around the block, it was no surprise that other café’s were trying to compete with their success.

Their post on Instagram went viral with many reposts, racking up over 100,000 views and hundreds of comments. Despite all the buzz created, it turns out the ‘avolatte’ was just a barista testing it out for a joke but from all the talk, we wouldn’t be surprised if it became a real menu item. 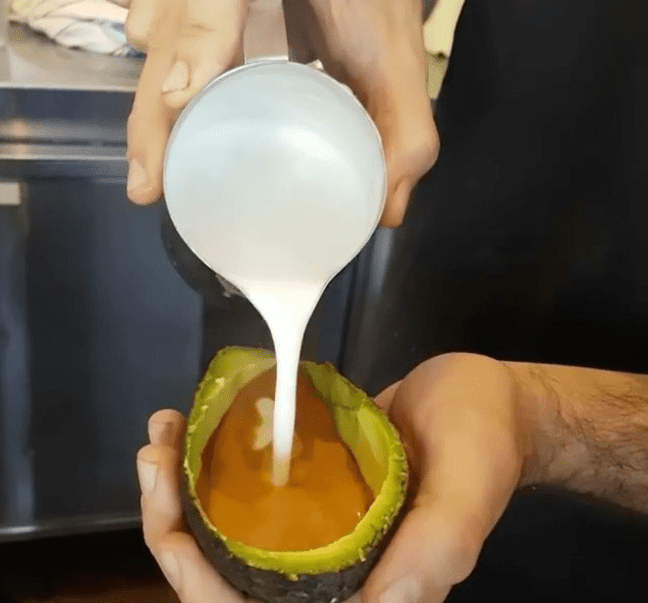 Avocado lattes for the win, what a time to be alive!

Butter is the key ingredient in most recipes. It makes all food delicious and smooth and its ...